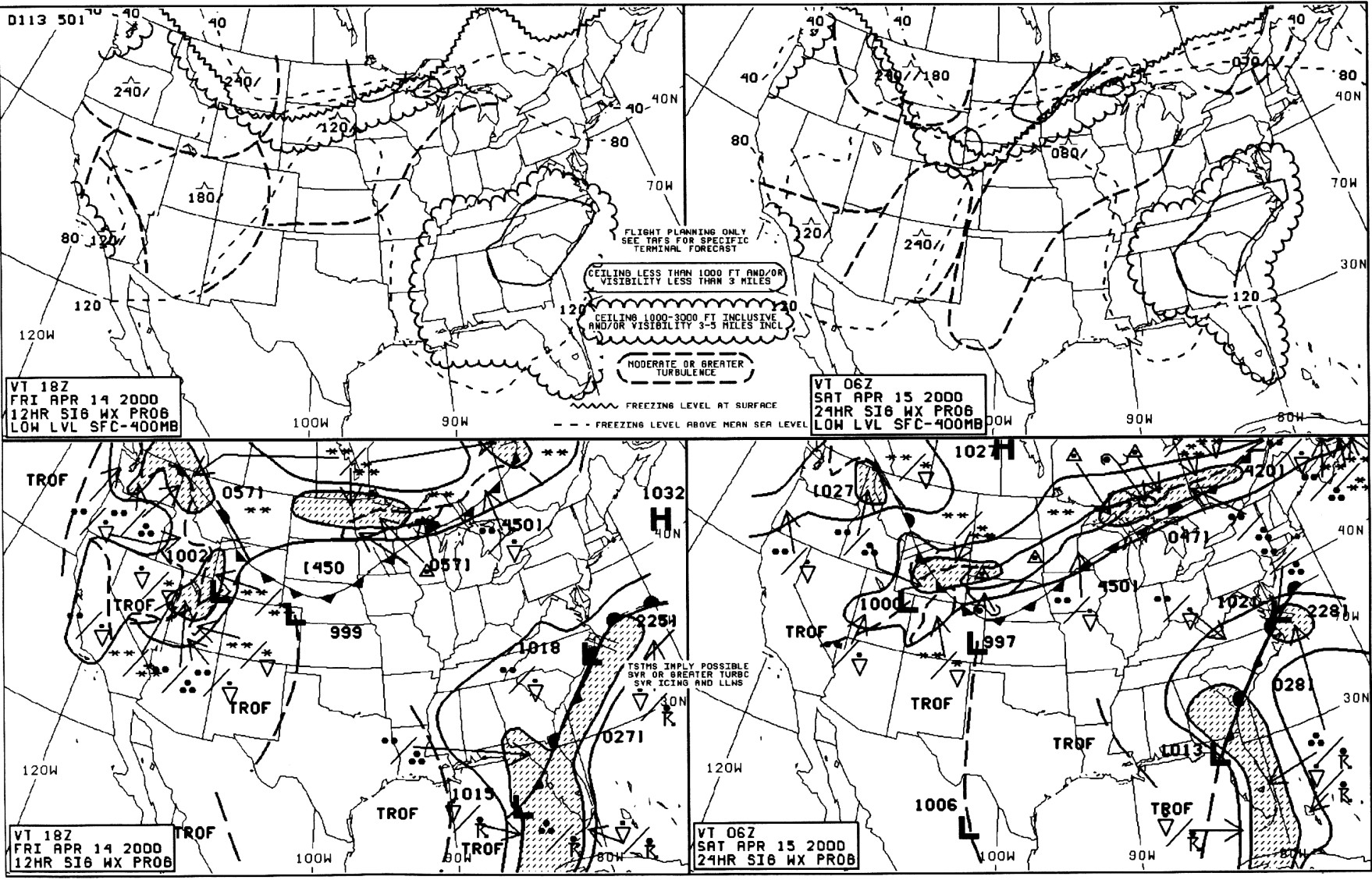 Marginal VFR and IFR weather are shown by waved and solid lines, respectively. The long dashed lines across the chart indicate the altitudes at which the air temperature is zero degrees Celsius, the freezing level.

The saw tooth line depicts locations where the freezing level is at the surface.

Movement of pressure systems is shown on the lower two panels by an arrow pointing toward the direction of movement. The arrow is labeled with the movement speed in knots.

A shaded area of the lower panels indicates 50% or greater precipitation coverage is expected in these areas. Unique symbols indicate the type of precipitation expected.

A 36 and 48 hour significant weather prognostic chart is also available, which provides an extension to this 12 and 24 hour chart. The 36/48 hour chart is issued twice daily.

This chart portrays forecast weather which may influence flight planning including those areas of activities of most significant turbulence and icing.