When you get close to your destination airport, it’s time to transition from the enroute environment, conduct an instrument approach, and land. There are several types of instrument approaches available, and you will have to demonstrate your ability to fly about all of them to become IFR certified. The only exception being you need not learn how to shoot NDB approaches if your aircraft is not equipped with an ADF.

A STAR will contain a depiction and description of the arrival route, along with expected altitudes. For example, if cleared to Orlando Executive Airport via Ocala and the Leese Two Arrival, we would proceed from Ocala to ALADN, then SHIMM, LEESE, and ORL VORTAC. A note informs us that DME is required to accept this arrival. The arrival description tells us that ATC will provide radar vectors to the instrument approach sometime after LEESE. 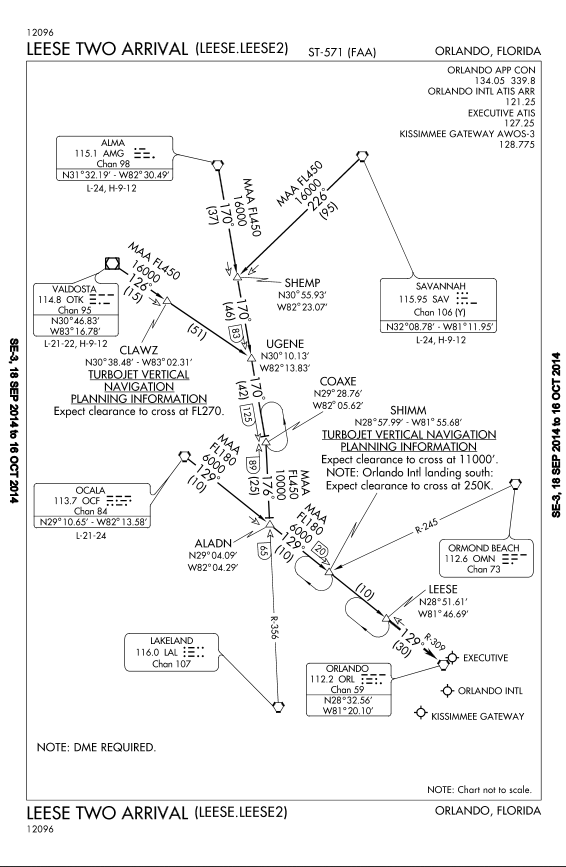 If properly equipped, you may be assigned an RNAV arrival, such as the Piglt Four Arrival into Orlando. Here we also have an arrival route spelled out for us, except this time waypoints are used. Notice the specified lost communications procedures described in the arrival route description and depicted as dotted lines on the chart. 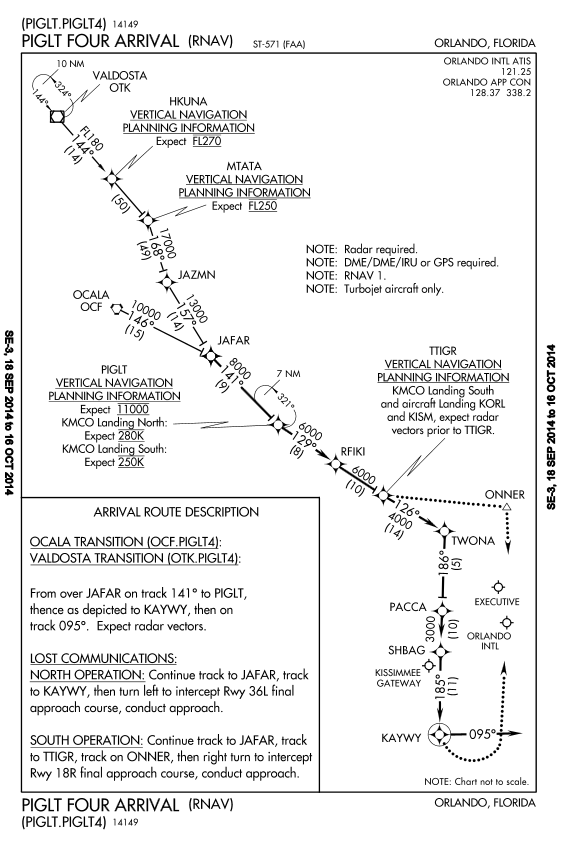 Some RNAV arrival procedures include altitude assignments. In the United States, you will only follow the depicted altitudes if assigned to “descend via” the arrival. For example, “Cessna seven zero four golf lima, descend via the Endee Three arrival, runway 4R transition.” If we joined the arrival from over EDENS at 11,000 feet, the first altitude restriction that would affect us would be the requirement to cross MOORS at or below 10,000. We must then cross ENDEE between 6000 and 7000, STKNY at 6000, ALQUE at 6000, and BANER at or above 5000. From BANER we can expect vectors to our instrument approach course. Alternatively, BANER may be a fix on the approach we will use. In this case, no vectors would be needed, because the STAR would take us directly into the approach. We would just need an approach clearance to continue. 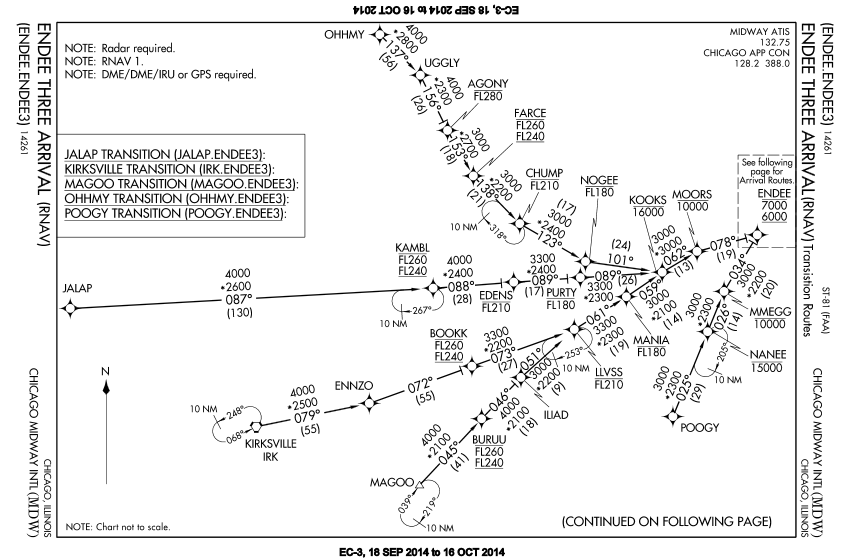 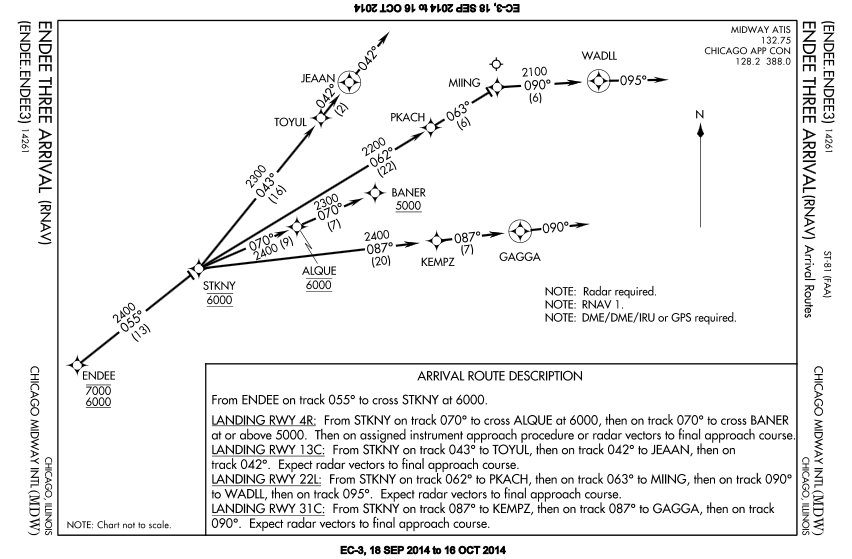 A pilot may decline the assignment of an arrival procedure. This is normally done by stating, "NO SIDS/STARS" in the remarks section of your flight plan.

If you accept an arrival procedure, you must possess at least a textual description of that procedure.

Arrival chart legends are available during your knowledge test. See legends 12 and 17.