In this circumstance, maintain 3,000 feet until crossing the NDB. Upon crossing the NDB, turn right to track the 352 bearing outbound for one minute. Once established on the bearing outbound, the profile view states a descent to 2,800 feet can be made. After one minute, turn left to a 127 degree heading and fly for one minute. Then, make a right turn to 307 degrees to join the 352 bearing inbound. Once on the 352 bearing inbound, we can descend to 1,900 feet, as shown in the profile view. From here, the approach is flown just as if we were radar vectored.

The procedure turn we just went through follows the standard headings recommended by the approach chart. However, these headings are only provided as a guide. The note in the profile view states the aircraft must remain within 10 nm of the NDB during the procedure turn. Higher performance aircraft may use different timings, such as flying outbound for 20 seconds and intiating the procedure turn. Some pilots prefer to make an 80 degree turn followed by a 260 turn or fly a teardrop course reversal. The barb on the approach plate simply indicates that however you get turned around, you need to make your maneuver on the east side of the final approach course. 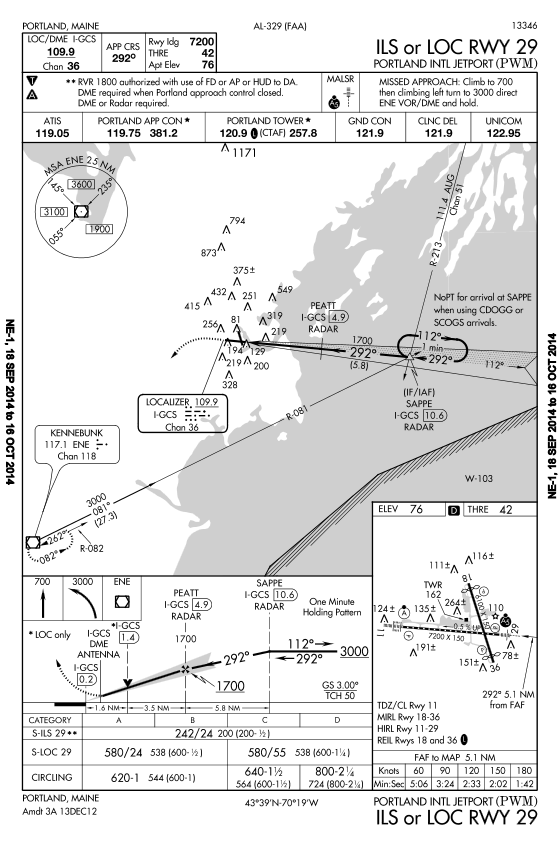 Sometimes the approach navaid is located on the airport, such as with the VOR runway 36 approach at Ocala, Florida. The profile view for this approach states we can descend to 1,700 when established outbound on the 174 degree radial. The procedure turn is made at or above this altitude. The descent to MDA is made only when the 174 radial is intercepted inbound after the completion of the procedure turn. This is the final approach point. 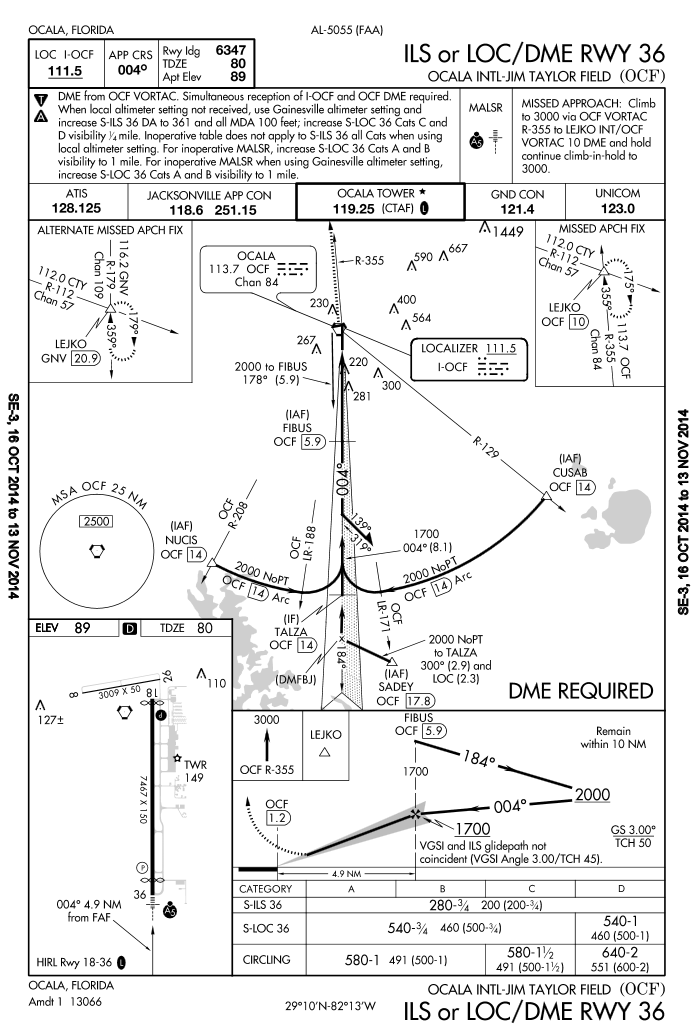 Another way to transition to the final approach course is the DME arc. An example of a DME arc procedure is the ILS or LOC to runway 34 at College Station, Texas. Depending on where you are coming from, you may be given a clearance directly to OSUME or JUDDY or might be given a heading to join the arc. For the sake of example, let's say air traffic control assigned us a routing over College Station VORTAC and then outbound on the 240 radial to join the arc. 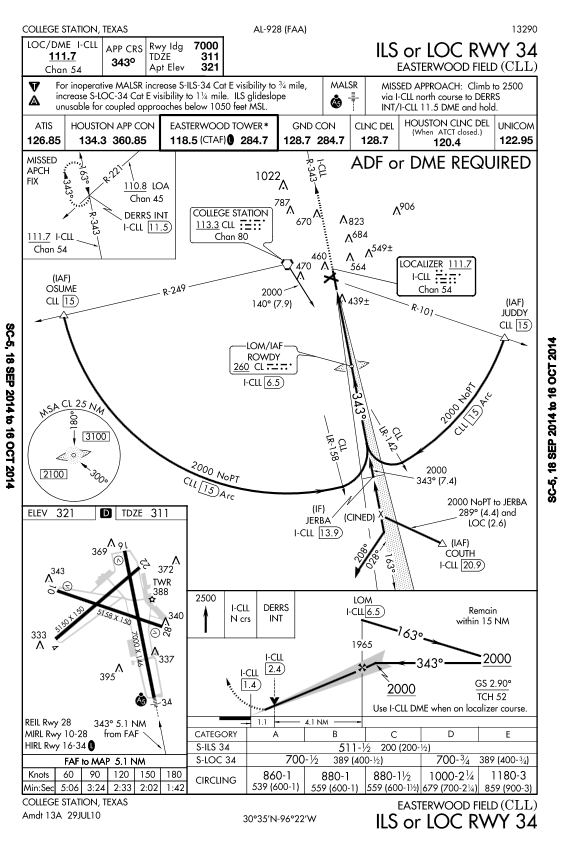 In this case, we would fly the 240 radial outbound until about 14.5 DME and make a left 90 degree turn to join the arc. This puts us on a 150 heading. To maintain the arc from here, we need to stay updated as to what CLL radial we are on. After completing the 90 degree turn, center the CDI. The CDI is used to determine your location on the arc. From here, maintain that 90 degree difference between ground track and whatever radial you are on. In reality, the arc will turn into a series of short legs.

Maximum speed for a procedure turn is 200 knots.